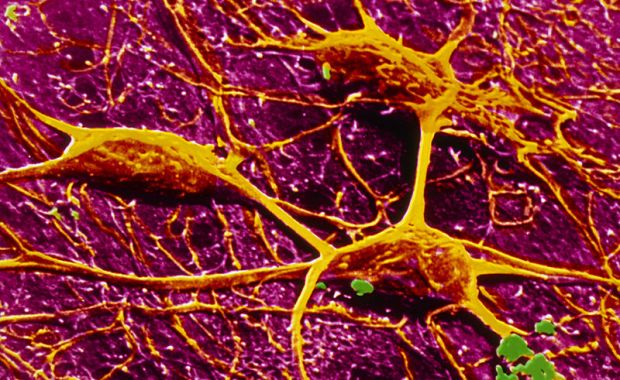 New research published in JAMA Neurology suggests that those people whose memory is intact and who do not show any signs of Alzheimer’s can have disrupted circadian rhythms — which may be a very early sign of Alzheimer’s.

Stimulating specific regions of the brain can help to improve memory and word recall in those with severe epilepsy, a new Nature Communications study reports.

Gene therapies promise to revolutionize the treatment of many diseases, including neurological diseases such as ALS. But the small viruses that deliver therapeutic genes can have adverse side effects at high doses. Researchers have now found a structure on these viruses that makes them better at crossing from the bloodstream into the brain – a key factor for administering gene therapies at lower doses for treating brain and spinal disorders.

Researchers discover the activity of 80 percent of genes follow a day/night rhythm in many tissue types and brain regions.

Aging or impaired brains can once again form lasting memories if an enzyme that applies the brakes too hard on a key gene is lifted, according to University of California, Irvine neurobiologists.

Researchers have implicated mossy cells in both seizures and memory problems in those with temporal lobe epilepsy.

Increasing evidence has linked autism spectrum disorder (ASD) with dysfunction of the brain’s cerebellum, but the details have been unclear. In a new study, researchers at Boston Children’s Hospital used stem cell technology to create cerebellar cells known as Purkinje cells from patients with tuberous sclerosis complex (TSC), a genetic syndrome that often includes ASD-like features. In the lab, the cells showed several characteristics that may help explain how ASD develops at the molecular level.

Finally this week, neuroscientists have discovered how the brain can determine an object’s value almost as soon as we see it.