As the human brain ages, the neural circuits that allow its different parts to communicate with each other gradually wear down, even in healthy adults.

A new study into the causes of sensorimotor impairments prevalent among autistic people could pave the way for better treatment and management in the future, say psychologists.

New research details how the complex set of molecular and fluid dynamics that comprise the glymphatic system – the brain’s unique process of waste removal – are synchronized with the master internal clock that regulates the sleep-wake cycle.

Future technology may be able to monitor and modify the brain to produce enhanced team performance, while increasing the efficiency and accuracy of decisions.

New research released from the University of Colorado Anschutz Medical Campus proposes that Alzheimer’s disease may be driven by the overactivation of fructose made in the brain.

Anticholinergic medications, commonly used for conditions including allergies, high blood pressure, Parkinson’s disease, and motion sickness, have been linked to an increased risk of cognitive decline and memory problems, especially in those with genetic risk factors for Alzheimer’s disease.

New neurostimulation technology works safely and non-invasively to modify brain activity. The findings may provide some foundational knowledge for the development of future technologies that could expedite cognitive processes.

New research has shown that certain presentations of memory concerns by older adults are predictive of future dementia.

A team of researchers has provided compelling evidence of the impact of adversity in childhood on neuropsychological functioning in adulthood. They also showed that neuropsychological difficulties may explain why early adversity is linked to attention deficit hyperactivity disorder (ADHD) in later life.

A new machine-learning algorithm is more accurate at determining personality traits based on selfie photographs than humans are.

Neuroscientists have traced neural pathways that connect the brain to the stomach, providing a biological mechanism to explain how stress can foster ulcer development.

Researchers have identified both genetic and neural mechanisms associated with romantic love and attachment.

The placentas of sixteen women who contracted COVID-19 during pregnancy showed evidence of significant injury, a new study reports. The placental injuries were consistent with abnormal blood flow between mother and baby in-utero, suggesting another complication of coronavirus infection in pregnant women.

Researchers have developed a sniff test that can detect which patients in a vegetative state following a TBI will regain consciousness.

During early childhood, girls with autism tend to show greater reduction and less rise in their autism symptom severity than boys with autism, a new study has found.

Finally this week, a new study reviewing neuroimaging and neurological symptoms in patients with COVID-19 may shed light on the virus’s impact on the central nervous system.

A newborn’s brain is more adult-like than previously assumed. Neuroimaging revealed much of the visual cortex scaffolding is in place, along with patterns of brain activity at 27 days of age, although it is not quite as strong as seen in adult brains.

New research uses the mating songs of birds to show how intrinsic properties of cells are closely tied to the complex processes of learning.

An unexpected research finding is providing new information that could lead to new treatments of certain neurological diseases and disorders, including multiple sclerosis, Alzheimer’s disease and spinal cord injury.

Male patients on the autism spectrum who were given oxytocin for four weeks experienced improvements in social attachment behaviors for up to 12 months.

People with autism spectrum disorder (ASD) appear to suffer malfunctions in a cell that produces a special coating around nerve fibers that facilitates efficient electrical communication across the brain.

New findings about dopaminergic neurons in the striatum could have implications for treating Parkinson’s disease and Tourette syndrome.

Researchers have found that it is possible to assess a person’s ability to feel empathy by studying their brain activity while they are resting rather than while they are engaged in specific tasks.

Boys who exhibit inattention-hyperactivity by age 10 have an increased risk for traumatic brain injury later in life.

New research has provided insights into why people often make unrealistic plans that are doomed to fail.

Finally this week, a new study has found that dopamine — a neurotransmitter that plays an important role in our cognitive, emotional, and behavioral functioning — plays a direct role in the reward experience induced by music. The findings have been published in the Proceedings of the National Academy of Sciences.

Oxford University researchers have discovered that learned knowledge is stored in different brain circuits depending on how we acquire it.

Neuroscientists say they have identified how people can have a “crash in visual processing” — a bottleneck of feedforward and feedback signals that can cause us not to be consciously aware of stimuli that our brain recognized.

A new study shows that an innovative strategy for treating Parkinson’s disease has proven successful in neurons that derive from people living with the condition.

A new study reveals the gut has a much more direct connection to the brain through a neural circuit that allows it to transmit signals in mere seconds. The findings could lead to new treatments for obesity, eating disorders, and even depression and autism—all of which have been linked to a malfunctioning gut.

A UCLA-led study has found that MRI scans can help doctors distinguish whether a person’s memory loss is being caused by Alzheimer’s disease or by traumatic brain injury.

Neuroscientists have proved how different parts of the human brain work together to create and retrieve episodic memory.  Models suggested that, during formation of a memory, information is routed from cortex to hippocampus whilst retrieving a memory should see this information flow in reverse.

A collaborative study published today in the journal Cell Reports provides evidence for a new molecular cause for neurodegeneration in Alzheimer’s disease.

Researchers have identified brain circuitry differences that might be associated with suicidal behavior in individuals with mood disorders. The study, published in Psychological Medicine, provides a promising lead toward tools that can predict which individuals are at the highest risk for suicide.

A period of wakeful rest can help reduce memory intrusions associated with PTSD.

Does dementia spread gradually and evenly in all directions across the brain, or can it “jump” from one brain area to another? New research helps to settle the question by examining the progression of frontotemporal dementia.

Finally this week, researchers have mapped out some of the mechanisms that may affect women’s fertility from the teenage years to menopause. 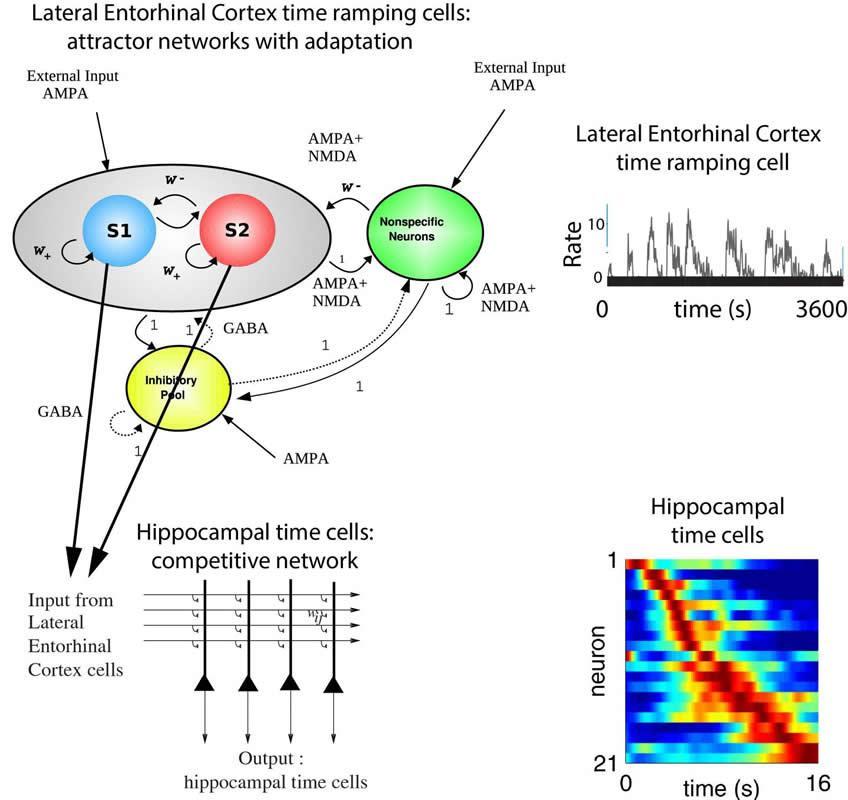 A demonstration of the hippocampus and LEC. The image is credited to University of Warwick.

Researchers shed light on why we need to sleep and discuss the effects of sleep deprivation.

In a groundbreaking finding, researchers have identified a new sensory organ under the skin that can detect pain as a result of impact or pinpricks. The organ comprises of glial cells with multiple long protrusions which collectively make up the mesh-like organ under the skin.

A 3D map of how the brain responds to words could unlock new ways to understand and treat dyslexia and speech disorders.

A visual test may be a new tool in the diagnosis of autism. Individuals on the autism spectrum are slower to dampen neural activity in response to visual stimuli in the brain. Using EEG data collected from the visual region, researchers could predict with 87% accuracy whether or not a person had ASD.

Boosting a single molecule in the brain can change “dispositional anxiety,” the tendency to perceive many situations as threatening, in nonhuman primates, researchers have found.

Finally this week, a new study suggests there may be genetic explanations for why some children with poor language also have poor mental health.

Researchers have demonstrated a universal decoding system in humans that determines how we perceive vibrations of different frequencies through touch.

Scientists have identified a group of proteins that help to regenerate damaged nerve cells. Their findings are reported in the journal Neuron.

Difficulty sleeping in a new environment is so common that neuroscientists have a name for it: the ”first-night effect” (FNE). New research shows FNE is basically the neurological equivalent of sleeping with one eye open. When you go to sleep for the first time in a new environment only half of your brain really rests, according to a study recently published in Current Biology.

Rhythms in gene expression in the brain are highly disrupted in people with schizophrenia, according to a new study.

Moderate exercise is not only good for memory as people age, it also appears to help prevent the development of physical signs of Alzheimer’s, known as biomarkers, in those who are at risk for the disease, according to research presented at the annual convention of the American Psychological Association.

Finally this week, a new study identifies 69 genes linked to increased autism risk, including 16 new genes previously not believed to be associated with ASD. 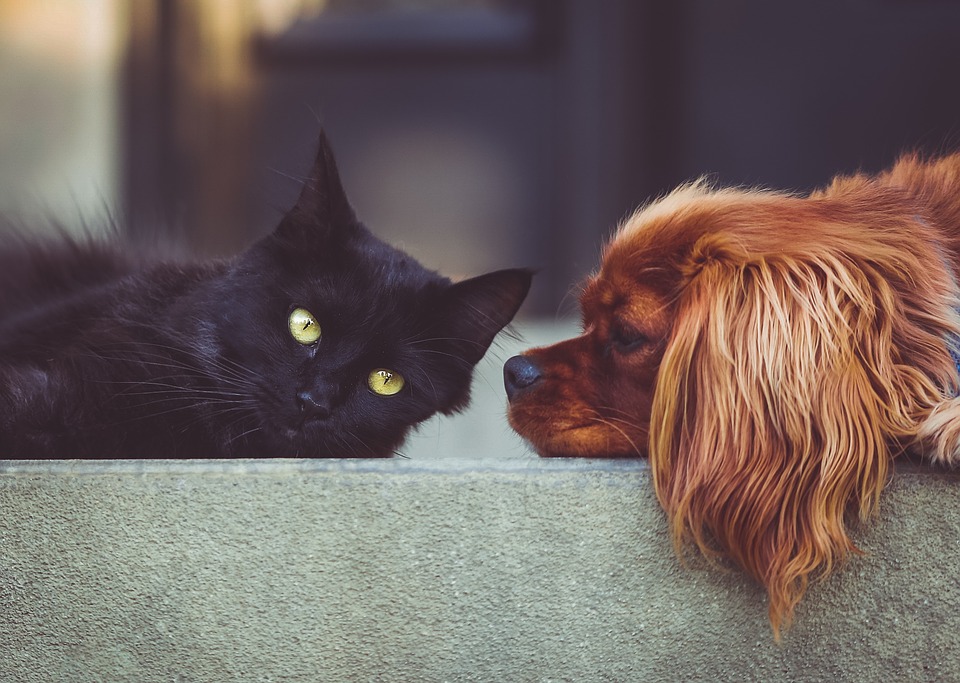 Cortisol levels associated with stress are reduced after interacting with cats and dogs, researchers report.

A headset that stimulates the ear canal improves both motor and non-motor symptoms of Parkinson’s disease. The effects of the stimulation appear to have a lasting effect following treatment.

Atypical eating behaviors may be a sign a child should be screened for autism, according to a new study from Penn State College of Medicine.

Researchers have identified a cell population that likely plays a key role in multiple sclerosis (MS). T helper cells in the blood of MS patients infiltrate the central nervous system, where they can cause inflammation and damage nerve cells. This discovery opens up new avenues for monitoring and treating MS patients.

A potential link has been identified between obstructive sleep apnea (OSA) and major depressive disorder. Treating OSA may help to improve depressive symptoms, as well as reduce suicidal thoughts and improve sleep for those with insomnia.

Researchers are looking at how neuroscience can help with artificial intelligence technology and vice versa.

A new study finds sound waves from the voice effectively transmit information beyond the lexical meaning of words.

A new study offers clues about how to prevent inflammation of brain tissue, which promotes Alzheimer’s disease (AD). The findings of this study online now and appearing in the September 4, 2019 print issue of the journal Neuron, could contribute to the development of new therapies for AD.

Partial sight has been restored to six blind people via an implant that transmits video images directly to the brain.

People with a family history of Alzheimer’s disease perform worse on learning tasks than those without a genetic link to the disease. The learning impairments appear to be exacerbated by the APOE E4 gene and diabetes.

Functional regions within the brain become less distinct and inter-connected in the elderly over time, especially in those networks related to attention span and cognition. The finding, published by researchers at Duke-NUS Medical School in the Journal of Neuroscience, adds to the current understanding of longitudinal decline in brain network integrity associated with aging.

Researchers at EPFL’s Blue Brain Project, a Swiss Brain Research Initiative, have developed a new framework to work out how a single neuron in the brain operates.

Finally this week, with the help of data collected from an online app, researchers have developed a machine learning algorithm which is 90% accurate in determining subsets of behavior associated with autism.