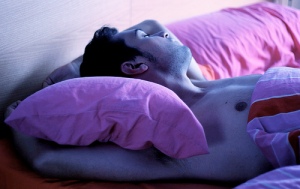 Advice to “sleep on it” before making a big decision may be wise, according to new brain-imaging research.

Scientists from the University of Southampton have identified the molecular system that contributes to the harmful inflammatory reaction in the brain during neurodegenerative diseases.An important aspect of chronic neurodegenerative diseases, such as Alzheimer’s, Parkinson’s, Huntington’s or prion disease, is the generation of an innate inflammatory reaction within the brain. Results from the study open new avenues for the regulation of the inflammatory reaction and provide new insights into the understanding of the biology of microglial cells, which play a leading role in the development and maintenance of this reaction.

Good mental health and clear thinking depend upon our ability to store and manipulate thoughts on a sort of “mental sketch pad.” In a new study, Yale School of Medicine researchers describe the molecular basis of this ability — the hallmark of human cognition — and describe how a breakdown of the system contributes to diseases such as schizophrenia and Alzheimer’s disease.

Your eyes aren’t just advanced visual systems capturing images of what’s around you. New research published in the Journal of Neuroscience shows that when our eyes perceive visual stimuli, it gets encoded in our brains in ways that change our emotional reactions.

In a pair of new papers, researchers at the University of California, San Diego School of Medicine and the Royal Netherlands Academy of Arts and Sciences upend a long-held view about the basic functioning of a key receptor molecule involved in signaling between neurons, and describe how a compound linked to Alzheimer’s disease impacts that receptor and weakens synaptic connections between brain cells.

Fear responses can only be erased when people learn something new while retrieving the fear memory. This is the conclusion of a study conducted by scientists from the University of Amsterdam (UvA) and published in the leading journal Science.

Injuries that result in chronic pain, such as limb injuries, and those unrelated to the brain are associated with epigenetic changes in the brain which persist months after the injury, according to researchers at McGill University.

A team of political scientists and neuroscientists has shown that liberals and conservatives use different parts of the brain when they make risky decisions, and these regions can be used to predict which political party a person prefers.