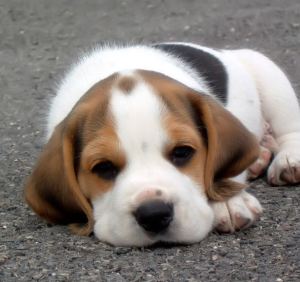 A part of the human brain that’s involved in emotion gets particularly excited at the sight of animals, a new study has shown. The brain structure in question is the amygdala: that almond-shaped, sub-cortical bundle of nuclei that used to be considered the brain’s fear centre, but which is now known to be involved in many aspects of emotional learning.

Studies have shown that ­meditating regularly can help relieve chronic pain, but the neural mechanisms ­underlying the relief were unclear. Now, ­researchers from MIT, Harvard, and Massachusetts General ­Hospital have found a possible explanation.

Men and women differ in the way they anticipate an unpleasant emotional experience, which influences the effectiveness with which that experience is committed to memory according to new research.

Head trauma may increase the risk of developing schizophrenia, a new study says. The results show people who have suffered from a traumatic brain injury (TBI) are 1.6 times more likely to develop schizophrenia compared with those who have not suffered such an injury.

Researchers from the Royal College of Surgeons in Ireland (RCSI) and Beaumont Hospital have conducted a study which has found striking brain similarities in bipolar disorder and schizophrenia.

The brains of older people are not slower but rather wiser than young brains, which allows older adults to achieve an equivalent level of performance, according to research undertaken at the University Geriatrics Institute of Montreal by Dr. Oury Monchi and Dr. Ruben Martins of the University of Montreal.

A new study testing alcohol’s effects on brain activity finds that alcohol dulls the brain “signal” that warns people when they are making a mistake, ultimately reducing self control.

Researchers in the Netherlands have been able to shed more light on how combat experiences change the brains of soldiers.

And finally, new research from MIT suggests that there are parts of our brain dedicated to language and only language, a finding that marks a major advance in the search for brain regions specialized for sophisticated mental functions.  And this week,new research makes the case that language is not a key part of thinking about numbers, but the key part, overriding other influences like cultural ones.

All in the mind: Repressing bad memories for long enough can lead to us forgetting them completely, researchers claim

Fear burns memories into our brain, according to new research by University of California, Berkeley and if those memories are causing you distress, a team of researchers from Lund University in Sweden may have the answer. People can train their minds to erase embarrassing moments from their mind, according to their research. Scientists used EEG scans to monitor the parts of the brain that became active when volunteers actively tried to forget something. They were also able to pinpoint the exact moment a memory is ‘forgotten’, and claim that long-term suppression of a memory is a sure-fire way of permanently erasing it. The researchers say that mastering the technique could be useful for people who suffer from depression or post traumatic stress disorder, where constantly dwelling on upsetting or traumatic memories has a devastating effect on mental health.

And on the subject of PTSD, researchers at the Max Planck Institute of Psychiatry in Munich, are looking into the link between post-traumatic stress disorder and shrinkage of the hippocampus structure in the brain. (The hippocampus, which is Greek for “seahorse,” is a paired structure tucked inside each temporal lobe and shaped like a pair of seahorses, thence its name).

When we find something funny, our brains as well as our faces “light up” and the funnier we find a joke, the more activity is seen in “reward centres” – specific neurons which create feelings of pleasure, recent research shows.

Another region of the brain which also ‘lights up’  is in the medial orbito-frontal cortex when we experience beauty in a piece of art or a musical excerpt, according to new research funded by the Wellcome Trust. The study, published July 6 in the open access journal PLoS One, suggests that the one characteristic that all works of art, whatever their nature, have in common is that they lead to activity in that same region of the brain, and goes some way to supporting the belief that beauty does indeed lie in the beholder.

Would you take a pill to erase bad memories?

New Year is traditionally a time for many people to make a resolution to give up smoking. The smoking cessation medications bupropion and varenicline may both be associated with changes in the way the brain reacts to smoking cues, making it easier for patients to resist cravings, according to two reports posted online that will appear in the May print issue of Archives of General Psychiatry, one of the JAMA/Archives journals.

If you are a parent of a teen going through puberty you will know all about the hormonal changes they go through.  Now, a Georgia State University scientist has found that those hormones in males may be key to changes in a part of the brain responsible for social behaviors.

It will take some time for those teen brains to develop fully though, as we know now from new research that the brain continues to develop after childhood and puberty, and is not fully developed until people are well into their 30s and 40s. The findings contradict current theories that the brain matures much earlier.

And still on the subject of teenagers, PBS science correspondent, Miles O’Brien looks at what could be happening to teenage brains as they develop in a rapid-fire world of technology and gadgets.

Finally, if you have ever watched the 2004 movie Eternal Sunshine of the Spotless Mind, you will have seen the fictional characters played by Jim Carrey and Kate Winslet use a technique to erase memories of each other when their relationship turns sour. It will have seemed an unreal expectation that we could erase memories so easily, but new research on “erasing” traumatic memories is quickly moving from the realm of science fiction to scientifically backed reality.

Introducing a new feature today – a weekly round-up of the best of the neuroscience news and views and latest research which has caught my attention.