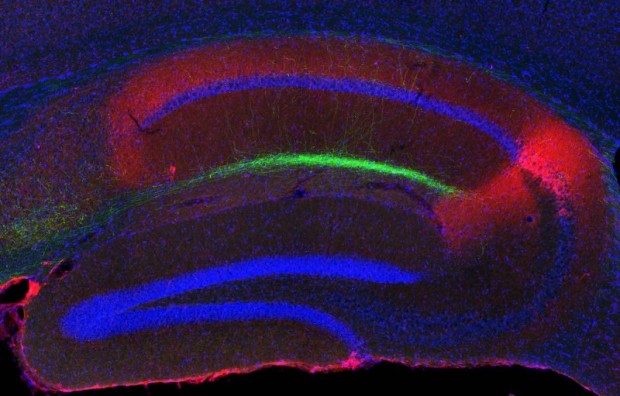 Neuroscientists have discovered how two neural circuits in the brain work together to control the formation of time-linked memories. This is a critical ability that helps the brain to determine when it needs to take action to defend against a potential threat.

Survivors of traumatic brain injuries (TBI) are three times more likely to die prematurely, often from suicide or fatal injuries, according to a study from Oxford University.

An international team of researchers has found that the cause of schizophrenia is even more complex than already believed, with rare gene mutations contributing to the disorder. In two studies published in the journal Nature, they show that schizophrenia arises from the combined effects of many genes.

Scientists have found that, to allow us to concentrate, we synchronize different regions of our brains in a process that the researchers describe as “roughly akin to tuning multiple walkie-talkies to the same frequency.”

Researchers have identified a protein in the brain that plays a critical role in the memory loss seen in Alzheimer’s patients, according to a study to be published in the journal Nature Neuroscience.

Using a simple study of eye movements, scientists report evidence that people who are less patient tend to move their eyes with greater speed. The findings, the researchers say, suggest that the weight people give to the passage of time may be a trait consistently used throughout their brains, affecting the speed with which they make movements, as well as the way they make certain decisions.

Researchers have found that epileptic activity can spread through a part of the brain in a new way, suggesting a possible novel target for seizure-blocking medicines.