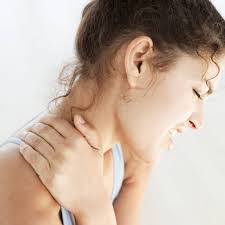 The problem with diagnosing and treating pain is that it’s so subjective. But a new paper in Pain says that brain structure may hold some answers.

Adding cognitive-behavioral therapy (CBT) to the treatment of migraines in children and adolescents resulted in greater reductions in headache frequency and migraine-related disability compared with headache education, according to a new study.

Scientists have discovered how salt acts as a key regulator for drugs used to treat a variety of brain diseases including chronic pain, Parkinson’s disease, and depression.

Research focused on the amygdala can help identify children at risk for anxiety disorders and depression.

Whales, bats, and even praying mantises use ultrasound as a sensory guidance system – and now a new study has found that ultrasound can modulate brain activity to heighten sensory perception in humans.

Scientists have shown that there are widespread differences in how genes, the basic building blocks of the human body, are expressed in men and women’s brains.

A new study shows a leftward asymmetry of the choroid plexus in two-thirds of first-trimester human fetuses. This is the earliest brain asymmetry so far identified and may be a precursor to other asymmetries, including that of the temporal planum, which is evident from the 31st week of gestation.

Researchers have discovered the mechanism in the brain responsible for the motor and vocal tics found in Tourette Syndrome.  The study, published in the British Psychological Society’s Journal of Neuropsychology, could at some point lead to new non-drug therapies.

A new study by neuroscientists is the first to directly compare brain responses to faces and objects with responses to colors.

A study begun in Mexico with the collaboration of university students has analysed the effect of weekend alcohol consumption on the lipids comprising cell membrane and its genetic material, i.e. DNA.