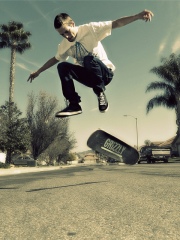 Two recent pieces of work raise the prospect of being able to predict and even regulate a person’s risk-taking behavior, by first observing activity of the anterior cingulate cortex and then dialing it up or down.

A new study shows that for millions of individuals around the world who suffer from Generalized Anxiety Disorder (GAD), anger is more than an emotion; it’s an agent that exacerbates their illness.

Brain changes persist for months in children who have sustained a mild traumatic brain injury, or concussion, U.S. researchers say.

Chinese researchers have devised a new technique for reprogramming cells from human urine into immature brain cells that can form multiple types of functioning neurons and glial cells. The technique, published in the journal Nature Methods, could prove useful for studying the cellular mechanisms of neurodegenerative conditions such as Alzheimer’s and Parkinson’s and for testing the effects of new drugs that are being developed to treat them.

Researchers have discovered how the brain assesses confidence in its decisions. The findings explain why some people have better insight into their choices than others.

Scientists have combined and translated two kinds of brain wave recordings into music, transforming one recording (EEG) to create the pitch and duration of a note, and the other (fMRI) to control the intensity of the music.

A compassion-based meditation program can significantly improve a person’s ability to read the facial expressions of others, finds a study published by Social Cognitive and Affective Neuroscience. This boost in empathic accuracy was detected through both behavioral testing of the study participants and through functional magnetic resonance imaging (fMRI) scans of their brain activity.

Your brain has at least four different senses of location — and perhaps as many as 10. And each is different, according to new research from the Kavli Institute for Systems Neuroscience, at the Norwegian University of Science and Technology.