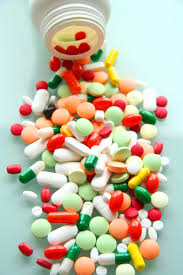 This is the fourth in a series on understanding Attention Deficit/Hyperactivity Disorder (ADHD). Today I want to examine if there is in fact an evolutionary advantage in having ADHD.

ADHD is strongly genetic and the genes involved regulate the levels of two neurotransmitters called dopamine and noradrenaline (noradrenaline is called norepinephrine in North America) – chemicals which act as messengers between nerve cells.

Hyperactivity has long been part of the human condition and some ADHD – linked genes are more common in nomadic populations and those with more of a history of migration. In fact,the health status of nomadic men such as those from the Ariaal people in northern Kenya was higher if they had an ADHD – linked gene. However, recently settled Ariaal men seemed to have slightly worse health.

In nomadic Ariaal society,  those with ADHD may be better in tasks involving risk, competition, and/or unpredictable behavior (i.e. exploring new areas, finding new food sources, etc.). For instance, an Ariaal person killing a lion is highly respected and in these situations, ADHD would have been beneficial to the society as a whole even while severely detrimental to the individual.In addition, women in general are more attracted to males who are risk takers, thereby promoting ADHD in the gene pool. This might help explain why ADHD-linked genes have survived to the present day but are more suited to a previous nomadic, risk-taking lifestyle.

More recent research suggests that because ADHD is more common in mothers who are anxious or stressed that ADHD is a mechanism of priming the child with the necessary traits for a stressful or dangerous environment, such as increased impulsivity and explorative behaviour etc.

In part two of my latest series on attention deficit/hyperactivity disorder (ADHD) we take a closer look at the nature of the disorder.

These positron emission tomography (PET) scans show that patients with ADHD had lower levels of dopamine transporters in the nucleus accumbens, a part of the brain’s reward center, than control subjects.

What is attention deficit/hyperactivity disorder?

Do you remember a classmate who just could not sit still or another who just sat quietly in the corner, day dreaming and looking out the window but when called on by the teacher did not know what was going on? Today both of these children might be diagnosed with ADHD. Indeed some still argue that there is no such thing as ADHD – that it is an artificially conceived diagnosis to aid the selling of prescription drugs and that in previous times a child with ‘ADHD’ was no more than considered to be no more than ‘bored’,’ restless’ or ‘giddy’.

ADHD was first described more than 100 years ago and its symptoms include excessively inattentive, hyperactive, or impulsive behaviours. For instance, children with ADHD find it more difficult to focus and to complete their schoolwork. ADHD affects up to eight in one hundred children and in over half the cases, it continues to persist into adulthood.Although most individuals with ADHD do not outgrow the disorder, their symptoms often change as they grow older, with less hyperactivity as adults. Problems with attention tend to continue into adulthood. There is no cure for ADHD at this time.

Recent brain imaging studies have shown a reduction in the levels of the neurotransmitters dopamine and noradrenaline in at least some people with the disorder. Because the nerve circuits in the prefrontal brain regions, which are normally involved in attention, require high levels of dopamine and noradrenaline stimulation, reduced levels of these two neurotransmitters could potentially lead to the weakened regulation of attention and behavior observed in ADHD .Altered brain activity also has been observed in particular nerve circuits connecting the cortex (outer part), striatum (deeper parts), and cerebellum (back of the neck), particularly in the right brain hemisphere with a delay in cortical development seen in some children with ADHD.
In part three of this series,  I will explain more what neuroscientists mean by ‘attention’, where it is found in the brain and how it is affected in ADHD.

Attention deficit/hyperactivity disorder (ADHD)and the learning disability which often accompanies it came up in conversation with students on the Family Support Course during my recent visit to the Bedford Row Family Project in Limerick. There was concern that ADHD was not being accurately diagnosed and that its treatment was inadequate at best.

In this first in a series of posts on ADHD Professor David Anderson explains how the current medical understanding of ADHD as merely a chemical imbalance in the levels of the two neurotransmitters dopamine and noradrenaline is not working and shows that by investigating a strain of hyperactive fruit fly (Drosophila), ADHD and learning disability involve two separate nerve pathways in the brain. These new findings may help scientists discover more selective treatments for these surprisingly commonplace disorders.

Further reading for those interested in the scientific experiments:

Research from the University of Southampton, which examines how dolphins might process their sonar signals, could provide a new system for man-made sonar to detect targets, such as sea mines, in bubbly water.

Evidence is mounting that exercise provides some protection from memory loss and Alzheimer’s disease, with three new studies showing that a variety of physical activities are associated with healthier brains in older adults.

Scientists at the California Institute of Technology (Caltech) pioneered the study of the link between irregularities in the immune system and neurodevelopmental disorders such as autism a decade ago. Since then, studies of postmortem brains and of individuals with autism, as well as epidemiological studies, have supported the correlation between alterations in the immune system and autism spectrum disorder.

Researchers at Aalto University in Finland have developed the world’s first device designed for mapping the human brain that combines whole-head magnetoencephalography (MEG) and magnetic resonance imaging (MRI) technology. MEG measures the electrical function and MRI visualizes the structure of the brain. The merging of these two technologies will produce unprecedented accuracy in locating brain electrical activity non-invasively.

Cognition psychologists have discovered why stressed persons are more likely to lapse back into habits than to behave goal-directed. The researchers have now reported in the Journal of Neuroscience that the interaction of the stress hormones hydrocortisone and noradrenaline shut down the activity of brain regions for goal-directed behaviour. The brain regions responsible for habitual behaviour remained unaffected.

Raising levels of the neurotransmitter dopamine in the frontal cortex of the brain significantly decreased impulsivity in healthy adults, in a study conducted by researchers at the Ernest Gallo Clinic and Research Center at the University of California, San Francisco