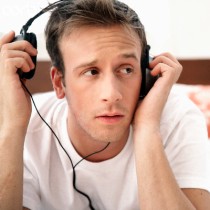 Finnish researchers have developed a groundbreaking new method that allows them to study how the brain processes different aspects of music, such as rhythm, tonality and timbre (sound color) in a realistic listening situation. The study is pioneering in that it for the first time reveals how wide networks in the brain, including areas responsible for motor actions, emotions, and creativity, are activated during music listening. The new method helps us understand better the complex dynamics of brain networks and the way music affects us.

Dreaming may act like a type of overnight therapy, taking the edge off painful memories, a new study says.

Connectivity is a hot topic in neuroscience these days. Instead of trying to figure out what individual brain regions do, researchers are focusing more on how regions work together as a network to enable memory, language, and decision-making. Now, a study of more than 100 children finds that interconnected brain regions develop in concert through childhood and adolescence. The researchers say their work could have implications for understanding various puzzles in neuroscience, such as what goes wrong in autism or why adolescent boys are prone to risky behavior.

Using functional magnetic resonance imaging (fMRI), researchers have identified abnormalities in the brains of children with attention deficit/hyperactivity disorder (ADHD) that may serve as a biomarker for the disorder.

People who meditate seem to be able ‘switch off’ areas of the brain associated with daydreaming as well as psychiatric disorders such as autism and schizophrenia, according to a new brain imaging study published in the Proceedings of the National Academy of Sciences.

Sustained changes in the region of the brain associated with cognitive function and emotional control were found in young adult men after one week of playing violent video games, according to study results presented by Indiana University School of Medicine researchers at the annual meeting of the Radiological Society of North America.