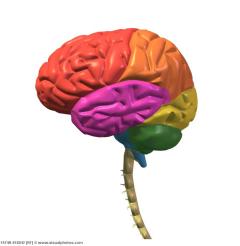 Welcome to the last weekly round-up of 2011. I have enjoyed putting this together each week and look forward to updating you with lots more new and exciting research in the field of neuroscience in the coming year.

New research has shown, for the first time, that the cortex, which is the largest zone of the brain and which is generally associated with high cognitive functions, is also a key zone for emotional learning.

When you experience a new event, your brain encodes a memory of it by altering the connections between neurons. This requires turning on many genes in those neurons. Now, MIT neuroscientists have identified what may be a master gene that controls this complex process.

A new technique for color-coding nerves involved in touch gives neuroscientists a much-needed tool for studying that mysterious sense.

When accidents that involve traumatic brain injuries occur, a speedy diagnosis followed by the proper treatment can mean the difference between life and death. A research team, led by Jason D. Riley in the Section on Analytical and Functional Biophotonics at the U.S. National Institutes of Health, has created a handheld device capable of quickly detecting brain injuries such as hematomas, which occur when blood vessels become damaged and blood seeps out into surrounding tissues where it can cause significant and dangerous swelling.

Shrinkage in certain parts of the brain may herald Alzheimer’s disease long before symptoms arise, according to new research.

At UCLA’s Laboratory of Integrative Neuroimaging Technology, researchers use functional MRI brain scans to observe brain signal changes that take place during mental activity. They then employ computerized machine learning (ML) methods to study these patterns and identify the cognitive state — or sometimes the thought process — of human subjects. The technique is called “brain reading” or “brain decoding.”

Compared to our other senses, scientists don’t know much about how our skin is wired for the sensation of touch. Now, research reported in the December 23rd issue of the journal Cell, a Cell Press publication, provides the first picture of how specialized neurons feel light touches.

Both children and the elderly have slower response times when they have to make quick decisions in some settings. But recent research suggests that much of that slower response is a conscious choice to emphasize accuracy over speed. In fact, healthy older people can be trained to respond faster in some decision-making tasks without hurting their accuracy – meaning their cognitive skills in this area aren’t so different from younger adults.

Scientists at the University of Cambridge have made a significant step in the development of a novel therapy that could one day help to slow down, or even halt, the damage caused by Parkinson’s disease, one of the most common neurodegenerative disorders.